Skip to content
Here I am sharing on SEOmoz Friday about A much-waited Update – Google Penguin 4.0 Update.
Google has officially confirmed on the Google webmaster blog that they’ve begun rolling out the Penguin 4.0 real-time algorithm. It has been just under two years since we had a confirmed Penguin update, which we named Penguin 3.0 in October 2014 and this will be the last time Google confirms a Penguin update again. We saw signals yesterday that Google began testing Penguin 4.0, Google wouldn’t confirm if those signals were related to this Penguin 4.0 launch announcement this morning but nevertheless, we are living now with Penguin 4.0. 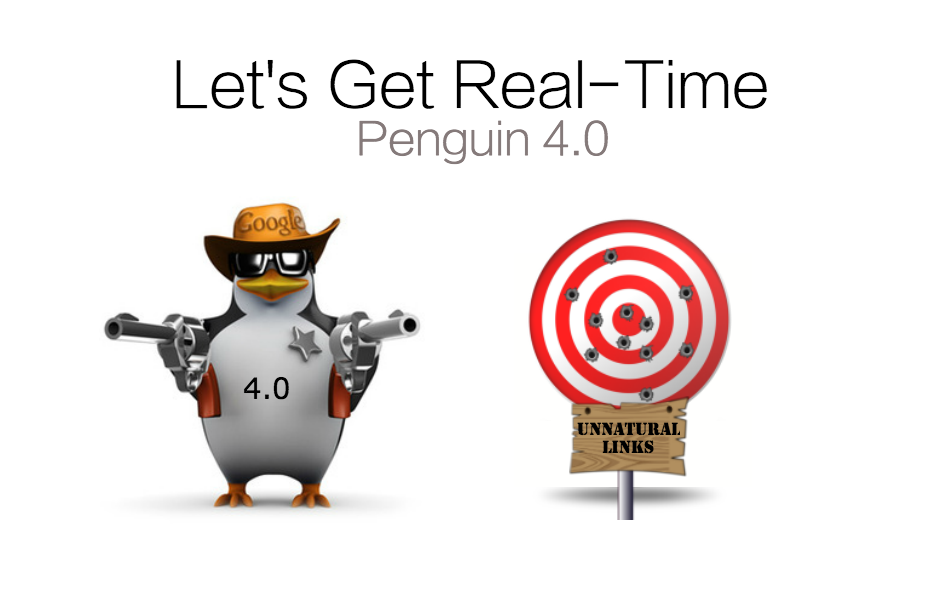 Google said because this is a real-time algorithm “we’re not going to comment on future refreshes.” In real-time, Google means that as soon as Google recrawls and reindexes your pages, those signals will be immediately used in the new Penguin algorithm.
Google did this also with Panda when it became part of the core algorithm. Google said no more confirmations for Panda.

Google again said this is now rolling out, so you may not yet see the full impact until it fully rolls out. I don’t expect the rollout to take long. Google wrote:
Penguin is now real-time. Historically, the list of sites affected by Penguin was periodically refreshed at the same time. Once a webmaster considerably improved their site and its presence on the internet, many of Google’s algorithms would take that into consideration very fast, but others, like Penguin, needed to be refreshed. With this change, Penguin’s data is refreshed in real-time, so changes will be visible much faster, typically taking effect shortly after we recrawl and reindex a page. It also means we’re not going to comment on future refreshes.
Penguin is now more granular. Penguin now devalues spam by adjusting ranking based on spam signals, rather than affecting the ranking of the whole site. The real-time part we understand means when Google indexes the page, it will immediately recalculate the signals around Penguin.
Penguin being more “granular” is a bit confusing. I suspect it means that now Penguin can impact sites on a page-by-page basis, as opposed to how it worked in the past where it impacted the whole site. So really spammy pages or spammy sections of your site can solely be impacted by Penguin now, as opposed to your whole website. That is my guess, I am trying to get clarification on this.
News Reference by: www.seroundtable.com